we sent all online lecturers and online participants the Zoom link.

The EU Digital COVID Certificate will facilitate safe free movement of citizens in the EU during the COVID-19 pandemic.

The certificate will be introduced in EU Member States. Countries can start issuing and using it already and it will become available in all EU Member States as of 1 July 2021.

What is the EU Digital COVID Certificate?

Covid-19, Information for travellers, please read the information in the following URL (the Official Web Site of the Italian Minister of Health):

Entry from the countries of the European Union and the Schengen Area, Great Britain and Israel

The Minister of Health, Roberto Speranza, has signed an ordinance allowing entry from the countries of the European Union and the Shengen Area, as well as from Great Britain and Israel, with a negative swab test, without compulsory quarantine. Travellers are still required to produce on arrival the certificate for a negative molecular or antigen swab test, taken in the 48 hours prior to arrival in Italy.

Useful numbers from the Ministry of Health

Please read the information in the following URL (the Official Web Site of the Italian Minister of Health):

We strongly advise you to check the above-mentioned  web site.

In this edition of ACDL, the registration fee includes online participation to two additional Events:

One registration for participation in three events: ACDL, LOD & ACAIN!

The ACDL 2021 Organizing Committee is pleased to announce that the Early Registration Deadline has been extended until July 10th:

Those who have not Registered yet are encouraged to do so here:

Please don’t hesitate to contact us if you need more information and/or details.

We are offering the possibility to change the mode of participation to ACDL 2021. Those who register in one mode can easily change it by 19 June (one month before the course starts).

If you have any questions please write to the organising committee: acdl@icas.cc

Professor for Internet and Society at the Faculty of Electrical Engineering and Computer Science at Technische Universität Berlin, Director of the Weizenbaum Institute for the Networked Society, and guest professor in the Declarative Languages and Artificial Intelligence Group DTAI of the Department of Computer Science at KU Leuven. 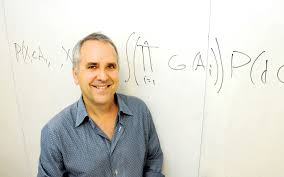 Michael I. Jordan is the Pehong Chen Distinguished Professor in the Department of Electrical Engineering and Computer Science and the Department of Statistics at the University of California, Berkeley. He received his Masters in Mathematics from Arizona State University, and earned his PhD in Cognitive Science in 1985 from the University of California, San Diego. He was a professor at MIT from 1988 to 1998. His research interests bridge the computational, statistical, cognitive and biological sciences. Prof. Jordan is a member of the National Academy of Sciences, a member of the National Academy of Engineering and a member of the American Academy of Arts and Sciences. He is a Fellow of the American Association for the Advancement of Science. He has been named a Neyman Lecturer and a Medallion Lecturer by the Institute of Mathematical Statistics. He was a Plenary Lecturer at the International Congress of Mathematicians in 2018. He received the Ulf Grenander Prize from the American Mathematical Society in 2021, the IEEE John von Neumann Medal in 2020, the IJCAI Research Excellence Award in 2016, the David E. Rumelhart Prize in 2015 and the ACM/AAAI Allen Newell Award in 2009. He is a Fellow of the AAAI, ACM, ASA, CSS, IEEE, IMS, ISBA and SIAM. In 2016, Professor Jordan was named the “most influential computer scientist” worldwide in an article in Science, based on rankings from the Semantic Scholar search engine.